Open Banking: Are You Ready, Australia?

“Future money will know where it has been, who has been using it and what they have been using it for. The use of cash is already in decline and is certain to vanish from polite society.” David Birch, acclaimed commentator on digital financial services, controversially declares this in his book Before Babylon, Beyond Bitcoin. In it, Birch talks about how technology is changing money and then explores where it might be taking us.

As far-fetched as that claim might seem, we are already living in an age where many of our daily activities and assets are tracked electronically, often without our knowledge or explicit, informed consent. Case in point: the recent Facebook-Cambridge Analytica scandal. Personal data has emerged as an incredibly valuable asset. In 2017, The Economist declared that “the world’s most valuable resource is no longer oil, but data.” It should be both protected and leveraged by organizations to provide their customers with better services.

This understanding has paved the way for the introduction of Open Banking. For any organization that is currently building or managing any technology that relies on valuable customer data, there are three key questions which must be asked:

1. What is Open Banking?

It’s a regulation-led initiative, already in play in the UK, directed at driving innovation and competition in the financial industry by allowing customers to share their own banking data between institutions. And now it’s coming to Australia.

According to the Australian Competition and Consumer Commission (ACCC), “Under Open Banking, consumers will be able to access and safely transfer their banking data to trusted parties. Open Banking will be introduced in phases, with spending information, including deposit and credit account transactions, and basic product information to be available from 1 July 2019.”

In Australia, banking is the first industry sector targeted in a broader push towards having ‘economy-wide open data’ available. Grounded in a new Consumer Data Right (CDR), the implementation of the Australian version of the Open Banking regulations will be backed by $44.6m in federal funding over the next four years, as detailed by the Prime Minister Scott Morrison during the 2018-19 federal Budget, while still in his role as Treasurer.

Depending on you who talk to, these national regulations are primarily intended to break the stronghold of control that the “Big 4 Banks” have in this market. This means that ANZ, CommBank, NAB and Westpac are all expected to open up their data stores to their customers to use and share as they wish. In a perfect world, Open Banking is designed to allow users to manage their finances across all of their providers in real time, using APIs rather than arguably less secure screen scraping methods. Users will presumably view their own data on snazzy new dashboards produced by a slew of new fintech start-ups rather unimaginatively labelled ‘third party providers’ (TPPs). However, the reality in Australia is that the data dashboards will probably end up being provided by the preferred “Big 4”, if they can innovate fast enough.

2. Is Open Banking the same everywhere?

Open Banking rules and intent vary from region to region, so taking a cookie cutter approach from the current model operating in the UK will not necessarily work for Asia-Pacific. For example, in Singapore the government has a different focus. They are promoting the notion that by allowing their banks more freedom to give financial advice across competing institutions, their citizens will become better prepared for a financially secure retirement. The Monetary Authority of Singapore (MAS) is said to be taking a more ‘organic’ approach, rather than mandating compliance through regulations.

For consumers, the promise of opening up their customer data is that with greater visibility they can have more control and, ideally, do a better job of managing their finances for the future. Conceptually, it’s brilliant. And the customer data-sharing revolution is not being restrained to the banking world. It is expected to be rolled out to other industries, including telecommunications and energy.

3. How do I design a best-practice data dashboard user experience?

The open data movement’s increased transparency and control will need to be balanced with respect for the privacy of individual users. Ever been caught out on guilty viewing pleasures by the family sharing feature on Netflix? The innocent, “Because you watched this movie” algorithmic-generated suggestions can be positively traitorous. It’s not that it’s not true. It’s just that you don’t want the whole family to know, right?

When designing a response to the Open Banking regulations, organizations need to consider the diverse range of ways that people manage their money. They must stop to ask questions about how this will work for those people in a relationship where money is earned by one person but shared with and spent by others? Are they thinking about who has the money and who has control of it, for example? This is why understanding concepts of consent, privacy, identity and access management and delegated authority are all critically important for any response to the Open Banking initiative to succeed.

Open Banking is coming, funded and regulated by the Australian government. The regulations differ in each country, so organizations can’t expect to cut and paste the model from the UK or elsewhere. And when data dashboards are being designed, in addition to getting the UX tech right, organizations must consider the impact of “family sharing” rules and concepts of individual user privacy and consent.

If you’re interested in learning more or joining the debate on Open Banking over some pizza & beer, sign up for the next round of free Digital Identity Tech Talks running in the following cities -  Sydney, Melbourne, Brisbane, Wellington and Singapore. Register via Meetup here.

For more information on how some of our customers are working with ForgeRock to win in the Open Banking battle, visit us here.

You can view this original article on CSO Australia. 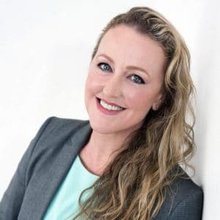 Who’s Linden? Linden has a background in marketing at companies such as Australia Post, Ipsos, and News Corp. As the Senior Customer Success Manager for the APAC region, Linden’s goal is to make our customers successful using our products and services. She enjoys having those awkward or difficult conversations with our customers that put them on the right track. On top of that, she’s currently studying a Masters of Public Policy and Management (after hours). Who needs free time?